The Greeks have a unique relationship with olive groves and, by extension, with olive oil.

There are more than 800,000 olive oil producers in the country. 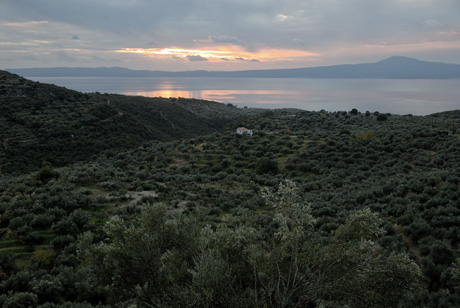 Among the olive oils produced in Greece that of Kalamata is considered a national treasure. In November, when the olive harvest begins, Kalamata changes completely.

The landscape of Kalamata seems untouched by the passage of time, bringing to mind how agriculture used to be, closer to nature. The olive groves that stretch far as the eye can see, cultivated on terraces, produce a fine, sweet olive oil.

It is said that each inhabitant of Kalamata produces his own olive oil, affectionately known as “ladaki”.

The microclimate and soil quality of this unspoilt area promote the cultivation of a rare and incomparable olive variety: the koroneiki.